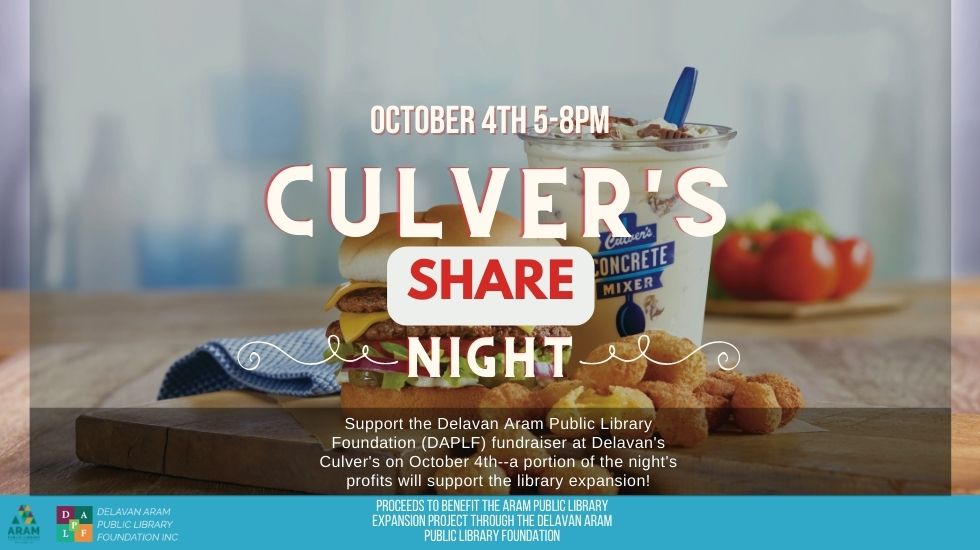 Support the library expansion by dining at Culver’s Share Night!

The City of Delavan’s Mayor, Ryan Shroeder, will also be on hand, along with other dedicated library supporters!

-Renovating our existing space of 12,116 square feet and adding an additional 23,162 feet of net space
-Adding multiple rooms for events, workshops, and meetings, including three study rooms
-Adding a larger, modern children’s department that will including a Discover ZoneAdditional adult program areas
-Remote workspace
-And, designated space for teens/young adults

Sounds great, right? Here’s how you can help! Support the DAPLF fundraiser on Tuesday, September 27th from 5-8pm at Culver’s in Delavan.  A portion of the night’s profits will go to support of the library expansion project. We hope to see you there!  And, if you know of any other hungry people, or someone wanting a break from cooking, invite them along! 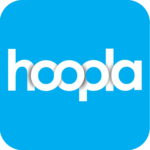 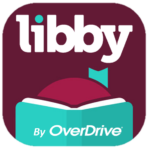 Fitness Fun for Everyone!

Storytime on a Bus!